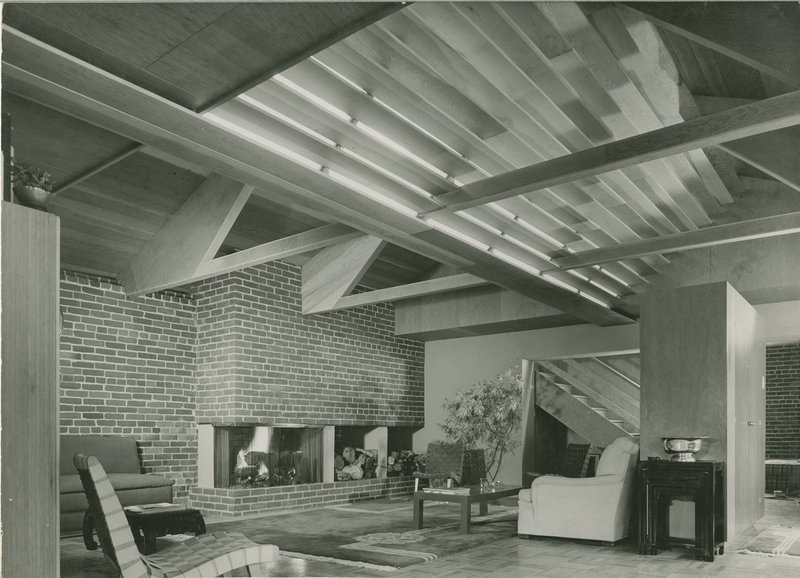 The historian Robert Winter believed that Smith and Williams’s greatest contribution was their domestic architecture. It is the most consistent body of designs within their varied production. The houses are suburban and reserved, yet expansive. Smith and Williams believed that “the most crippling disease of today’s house is façadeism. It places undue emphasis on the side of the house facing the street...Each side serves a different function.” The architects choreographed the relationship between site and enclosure, creating a sensual experience for a body moving through space. They used texture and light and shadow to make layered volumes of space that seemed larger than their square footage. 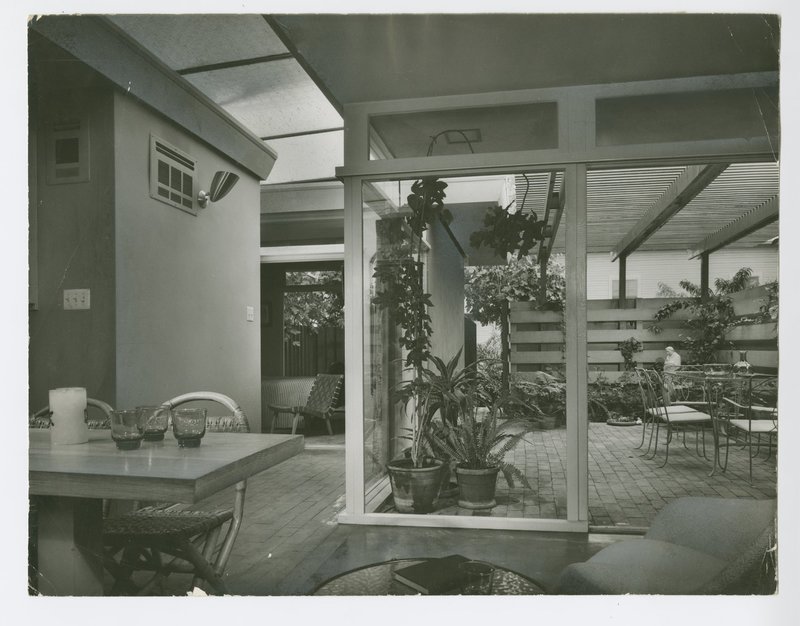 Smith and Williams designed many houses through the early 1960s, after which their practice moved to commercial structures and planning work. The best way to appreciate Smith and Williams’s houses is to walk through them. Second best is to study their floor plans in conjunction with the photographic documentation.

The garden house addition for a Mrs. S.C. Armstrong was designed to have the small house (560 square feet) surround a planting bed, which allows this garden to become one of the "rooms" of the house. The functional portions of the house were arranged in a cross shape around this room. 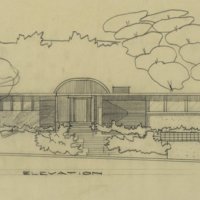 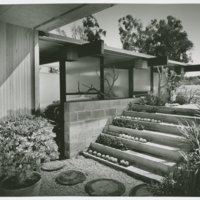 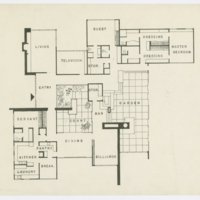 Smith had an opportunity in the Spencer house to realize some of the ideas in his Case Study House 12. The Spencer’s property contained a number of garden structures, including a Greene and Greene lath house. Sketches in the Spencer file show Smith trying out various situations for the lath house, including as an entrance space.

In the Farris house, a central garden room separates living and sleeping zones from the kitchen. The roof is pitched to capture light and views from the hilltop site. The use of concrete block in the garden room may have inspired Smith and Williams’s model house for the 1955 Los Angeles County Fair.

For the extra-large G.E. Swanson house in Pasadena, Smith and Williams designed the house so that the main entry opened onto an enclosed interior garden, with a courtyard behind, so as to allow the entry to feel spacious and open. This use of the interior garden gave a very clear impression of nature-on-display. 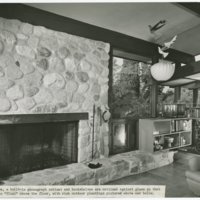 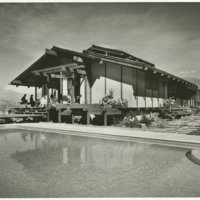 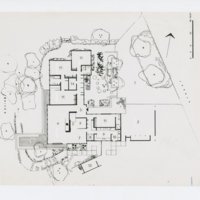 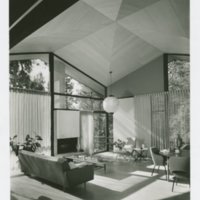 The house for Dr. Daniel Siegel and his family uses a strong circulation element, in this case a ramp, to organize the living areas on a deep and steep lot. The entrance to the house is strongly marked with a long covered walk. Cobblestones are used in garden retaining walls and for low steps. In the entrance hall the cobblestones appear again as a waist high wall that runs alongside the ramps and leads down to the dining rooms and up to the living room. The cobblestones are repeated in the living room in a large fireplace surrounded by window wall.

The Dunn house in Pasadena shows how Smith and Williams could re-think the problems of modern architecture to solve their client's problems. The house was originally built in 1902 by Greene and Greene for James Culberson. The Dunns purchased the house, but wanted a smaller house with fewer stairs and less formality of interior layout. Whitney Smith convinced them not to tear the whole house down, but to reimagine it as a one story house with a more open plan and modern feel. Historic presevation designations did not exist with the same sort of formality at that time.

The Crowell house site is on a hilltop, at the edge of a ravine. The design won an Award of Merit in 1956 in a contest sponsored by House & Home and Sunset magazine. The A.I.A. judges cited the manner in which the “Japanese-influenced house” adapted “an Oriental idea to the requirements of California living.” Smith wrote an unpublished essay, “Japanese Influence in California Architecture,” in which he said that the fact that “regional, indigenous California houses” look Japanese “is 99% coincidence.” He went on to say, however, that, “Japanese architecture has a strong emotional appeal to California architects.”

In the final design for the Booth house, a deck extends all the way across the outside and beyond the edges of the living room, integrating the outside and inside areas into one living space, close to trees. The Booth house is similar to the Crowell house in the steepness of its site, the placement of the deck to extend the living area and vistas, and in the Japanese flavor of the design.

The Salet house was built as a mother-in-law unit on the same property, yet secluded from, the main house. The tadpole-shaped plan has a square, open plan living and dining zone, which separates living spaces from bedrooms. Opposite the entry is an interior garden with three sliding shojis, which allow for different views through the living zone. 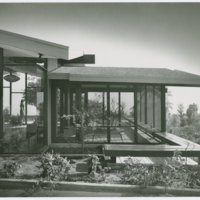 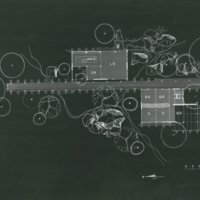 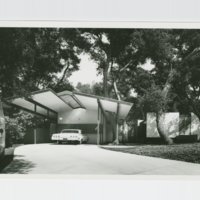 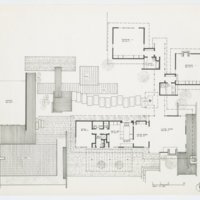 The house for William B. Wilcox was designed by Whitney Smith and described as an adult house for informal living and entertaining. The kitchen cooking unit and the fireplace are back-to-back, making circulation between living, dining, and kitchen fluid. Decks at the same level as the floor carry the living room outside to a stunning view and a pool. The bedroom has a secluded garden.

For the Ken Anderson house in Loomis, the firm designed a house with two separate living and sleeping areas, connected by an exterior covered wooden walkway. The house sits lightly on the site, surrounded by boulders, trees, and a small stream. It was an example of the Japanese influence on Whitney Smith, with shoji screens, paper lanterns, bamboo, and an exterior sleeping platform.

For both the George and the Newton houses, Smith and Williams designed separate living, entertaining, and sleeping areas. For the George's the main living portion of the house also included a long skylight which ran the length of the structure-- from carport, to artist studio, dining room, and living area. In the Newton house, the exterior rooms were as integral to the house as the inclosed living areas. With bedrooms separated from the main living areas by a garden path, the inside and outside blurred as one moved through the different zones.