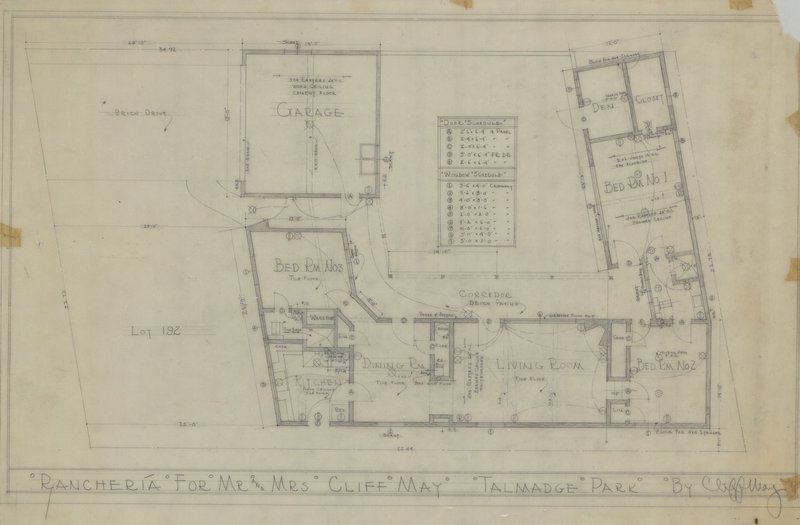 In 1931 Cliff May was making mission-style furniture, copied from pieces in the Barker Brothers furniture store, to supplement an unsteady income. After furnishing model homes with his chairs and tables, May designed and built his first houses in the Talmadge Park development in San Diego.

The close relationship between the indoors and out is seen in May’s earliest works in San Diego. The large recessed doorway in these house designs would not have led to an enclosed room but to an open patio from which the public rooms of the house were accessed.

May tried to reconcile the narrow lines, wide long porch, and open patio with the small lot. The tight internal courtyard brought nature into the home and also provided privacy on San Diego’s city lots. These early house designs presented a restrained façade to the street.

For Cliff May's first house for himself and his wife, Jean Lichty, he designed a house which surrounds a courtyard in an asymmetrical fashion. Cliff May house 1 is a modest hacienda house in the Talmadge Park neighborhood and the first of five houses May designed for himself and his family. After building the house and moving in, May opened it for public visits and advertised it for sale. 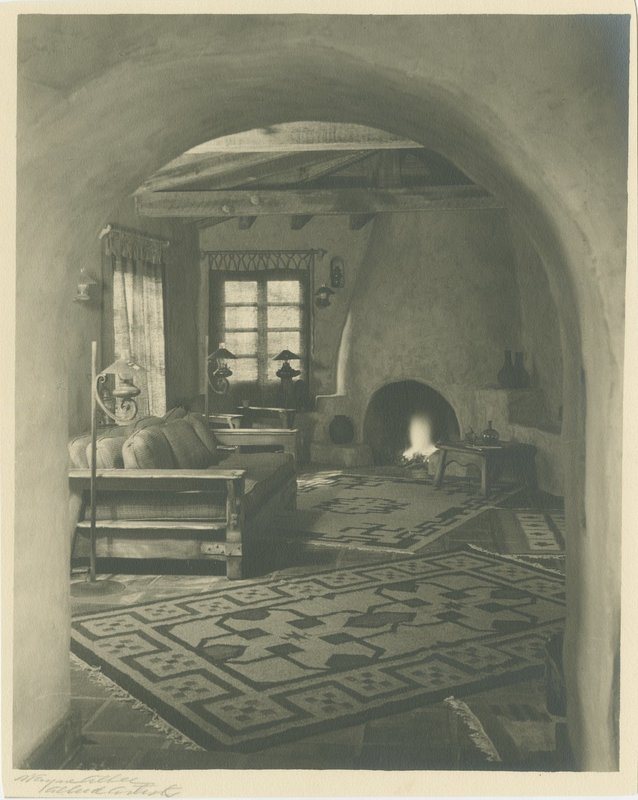 May’s career as a builder of small homes, which he marketed like a dance band with a name (Haciendas and Rancherias), a brand (Cliff May) and a slogan (Restore the Romance and Charm of Early California Design to Modern Living)—was an astonishing success. Between 1932 and 1938, Cliff May built at least thirty-five houses across the San Diego region, stretching from La Mesa to Coronado and La Jolla and embracing small courtyard houses and two-story Monterey compounds.

His motto “Builder of Haciendas and Early California Rancherías” references the two ranch house types he developed and built through most of his career. He thought of the hacienda as a Mexican or Spanish house with a tile roof, thick walls, and thick rafters. His ranchería had a shingle (or shake) roof, light-weight rafters that sometimes were whitewashed, and an exterior of board and batten, or a combination of plaster and wood. May described the ranchería as more of a “colonial look” that appealed to clients from the East Coast and drew upon the vernacular buildings of the rancho.

May was a shrewd promoter and his archive contains his mock-ups for advertisements and scrapbooks filled with clippings. The romanticism of May’s early houses was reinforced by his adventurous promotional strategies. He introduced such innovations as extravagantly illuminated night showings with lanterns hung from the trees. 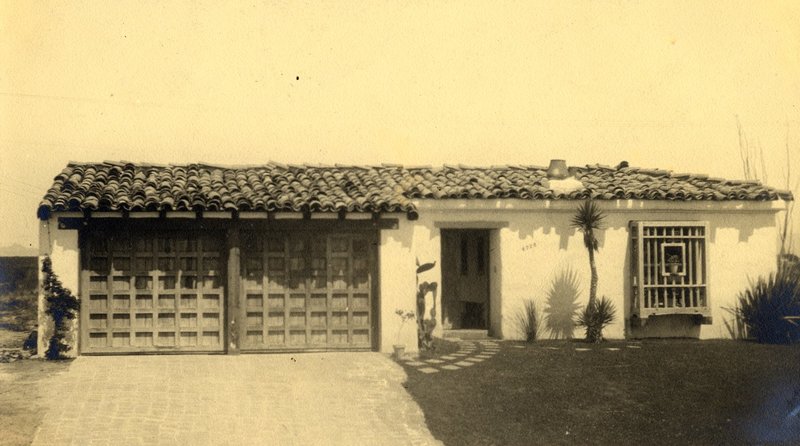 Cliff May had a personal connection to the historic adobes and ranches around San Diego. He spent his summers on his Aunt Jane’s bean farm at the Las Flores ranch. His mother, Beatrice Magee, was a descendant of José Antonio Estudillo, whose house still stands in Old Town San Diego. Both these places shaped May’s core beliefs about the significance of the ranch house for California living and served as models for his designs.

May designed about 1,000 buildings between 1931 and 1986, most of these ranch houses. Although his work changed over his long career—and he delighted in experimentation—he insisted always that his houses “live like a ranch.” His San Diego area houses, with their private outdoor rooms, low-lying forms, and romantic details embody his first ideas about the ranch house.

Cliff May’s future father-in-law, Roy C. Lichty, gave May a lot in the Talmadge Park subdivision, where Lichty was general manager, and financed his first speculative house, which May designed and built in 1931–1932 with the help of master carpenter William F. Hale. The house sold to Colonel Arthur O’Leary, who also purchased the Mission-style furniture that May had built and placed in the house to help sell it. 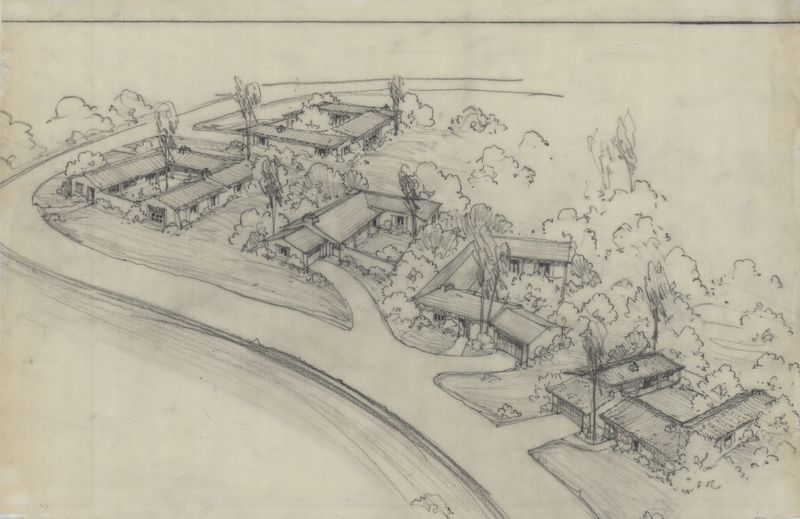 Where May had the chance to work on a corner lot or to orchestrate a number of dwellings together, he was less constrained by the need to separate the porch and court from the sight of neighbors, and began to find more varied ways to organize the house plans. Once out on more spacious exurban sites, May varied the shape and orientation of the courtyard with splayed and open plans.

Hiram and Violetta Lee Horton built four of the six speculative houses May designed for them on Hillside Drive in La Jolla, a seaside community in northern San Diego. Violetta Horton also commissioned May to build the Sweetwater Women’s clubhouse in nearby Bonita.