The Small House and Experiments in Low-Cost Housing 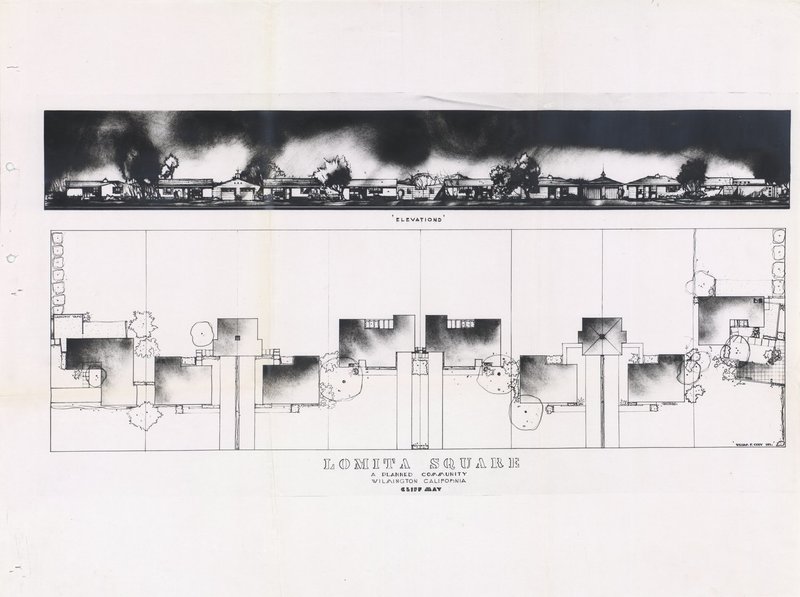 Depression-era resettlement, rearmament, and mobilization challenged architects in Southern California, as elsewhere, to come up with solutions to the problem of the small, inexpensive house during these periods of crisis.

Between 1941 and 1944, May's designs exist mostly on paper. During this interim period he designed one housing tract for defense workers, financed by First National Finance Corporation, and anticipated the end of the war by designing minimum houses and GI homes, as well as a postwar demonstration house.

The Lomita Square wartime emergency housing tract was Cliff May's first development to use production-line and prefabrication of materials to construct a large number of houses in a short amount of time. Originally planned with developer John A. Smith and his First National Finance Corporation, on land owned by Smith near San Pedro Bay, this tract was not built. 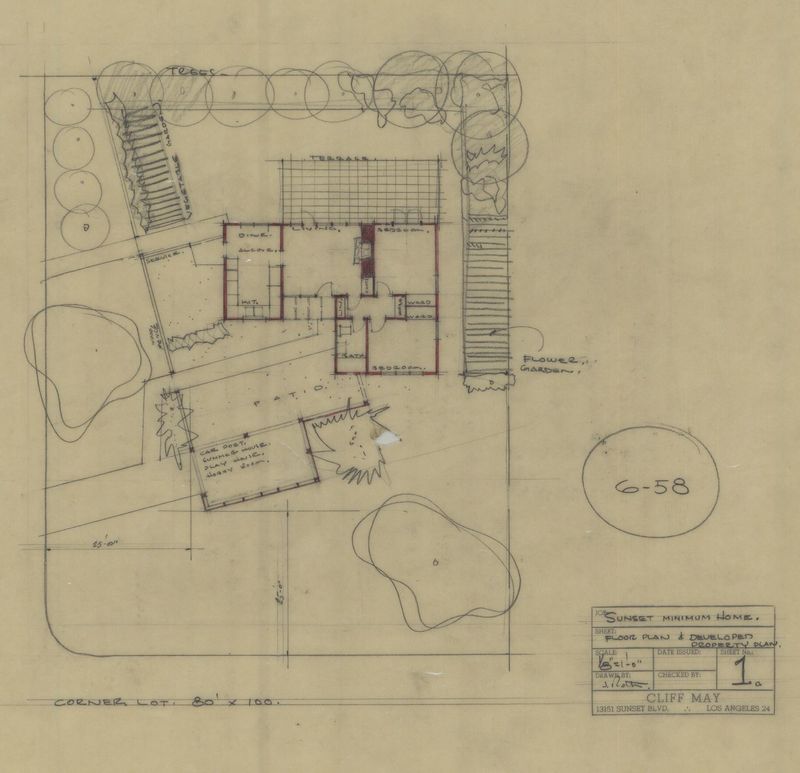 May designed these unbuilt minimum houses, a large set of model plans for low-cost ranch houses, for Sunset magazine. May’s strategy was to create garden-oriented, two-wing plans. The entrance was indirect and understated. Thin partitions defined the interior spaces. The houses were oriented away from street lines and toward an interior open space, and the rear facades were punctuated by terraces, porches, or courts.

In the 1930s, architects responding to the urgency of armament and material shortages and anticipating the postwar future produced pioneering designs for defense industry housing that explored new materials and construction techniques. These pragmatic adventures in the economy of good housing had a profound impact on California in the postwar world, laying a path toward the ready-cut ranch house of the 1950s. 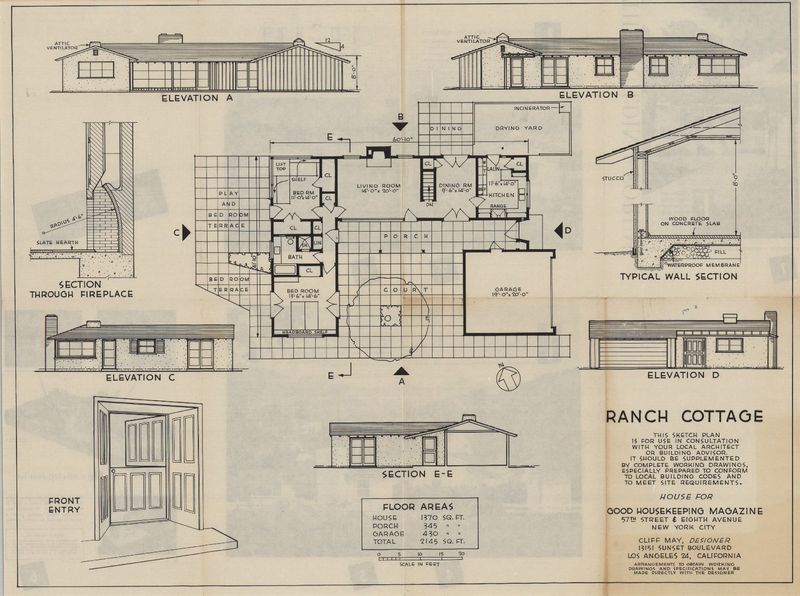 In 1947, Good Housekeeping magazine published May’s design of a small ranch house for a 60 x 120-foot lot, with the tag line, “Five rooms indoors—five outdoors.” The article boasts that the house is only 42 feet wide and “[t]here is no front or back—the house is livable on all sides.”

Illustrated with a photograph of a model and a plan, the writer describes the modernity of the house: “Our ranch spreads out for light, air and view...Its design shows early Spanish influence, but in plan and flexibility it is thoroughly modern.” A sketch plan, with landscaping by Douglas Baylis, was offered to readers for 10 cents. The compact L-shaped plan would form the basis of May’s work for precut houses and housing developments in the mid-1950s.