Carefree California: Cliff May and the Romance of the Ranch House 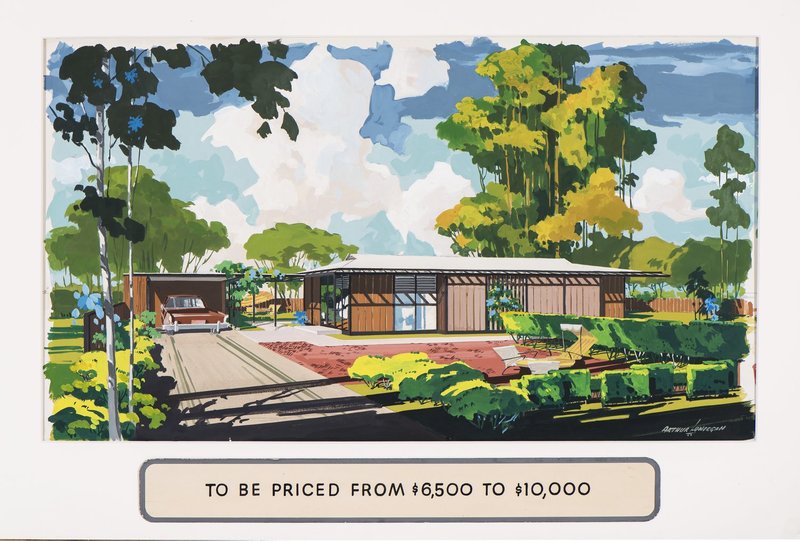 The Art, Design & Architecture Museum presented the first major exhibition based on the work of Cliff May, the designer who popularized the ranch house and made it an icon of casual California living in the post-war era.  The exhibition was co-curated by Jocelyn Gibbs, Curator Emeritus of the AD&A Museum's Architecture and Design Collection, and historian Nicholas Olsberg. The curatorial team included Christina Chiang, Laura Dizerega, Marta Faust, and Melinda Gandara. The exhibition was on display in the Museum from February 2012 until June 2012.

The physical exhibition and accompanying catalog examined the modernization of the ranch tradition and its transition from regional designs in adobe, brick, tile, and stucco to the modest wood and glass tract house of the forties, to the near-minimal system-built ranches May designed and sold in the late 1950s and, finally, to his luxury ranch houses. Carefree California is based on the Cliff May archive and also draws upon the archives of more than twenty additional California architects, all part of the AD&A Museum's Architecture and Design Collection. The following scholars served as advisors to the exhibition and contributed essays to the catalog: Nicholas Olsberg, Eric John Abrahamson, Alice T. Friedman, Elyse Gonzales, Karal Ann Marling, Katherine Kaford Papineau, and Bruce Robertson. Additional information about the exhibition catalog can be found here.

The exhibition was generously supported by the Getty Foundation, and the Henry Luce Foundation. Additional support came from ARC (American Reprographics Company), Bank of America, and Gensler.

Carefree California was part of Pacific Standard Time. This unprecedented collaboration, initiated by the Getty, brought together more than sixty cultural institutions from across Southern California for six months beginning October 2011 to tell the story of the birth of the L.A. art scene. 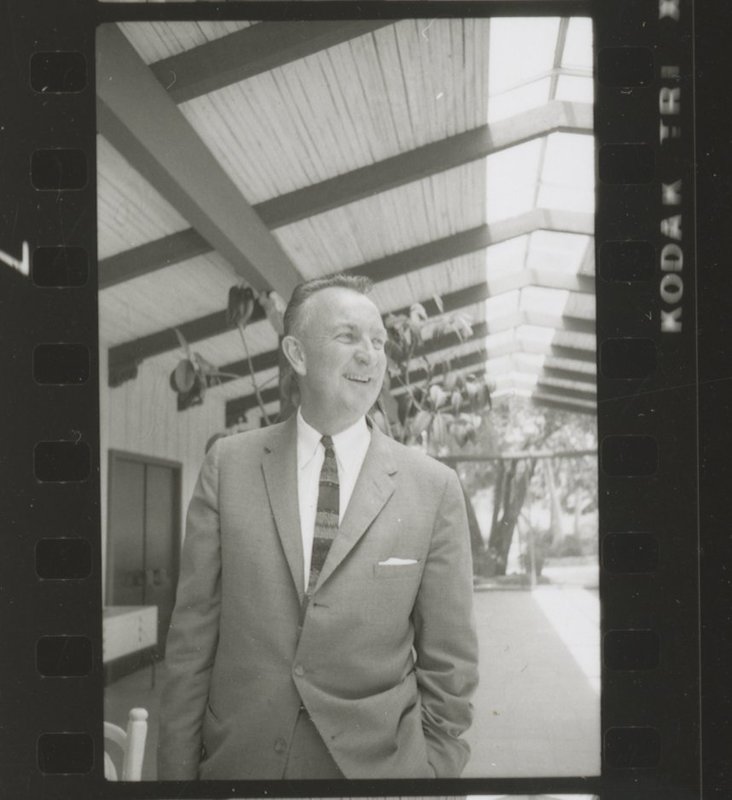 Cliff May (1908–1989) is a legendary figure in Southern California; his very name evokes the ranch house. A sixth-generation Californian with connections to many of the land grant families of Southern California, May created an everyday architecture that drew upon the romance of Old California and exploited the post-World War II building boom. An un-trained designer and canny salesman, May created houses that he wanted to live in; the five he designed for himself and his family perfectly illustrate his thinking about the ranch type house, which he defined as “if it lives like a ranch house, it is a ranch house."

Attuned to a broad popular taste, his designs were successful as tract house models, middle and upper-middle class urban “ranches,” and luxury custom homes. May built throughout California, elsewhere in the country, and even in other parts of the world. Elizabeth Gordon, the editor of House Beautiful during the 1940s and 1950s, succinctly described the popular appeal of Cliff May’s designs when she wrote that his houses were “modern without looking it.”

The popular media, represented by publications such as the Western-focused Sunset magazine, Good Housekeeping, House and Garden, Popular Mechanics, and House Beautiful among others, helped May articulate his fierce beliefs about how people ought to live. Magazines began to publish May’s work beginning in 1936 and in the postwar period turned the California ranch house into an American symbol of freedom and “lifestyle.” 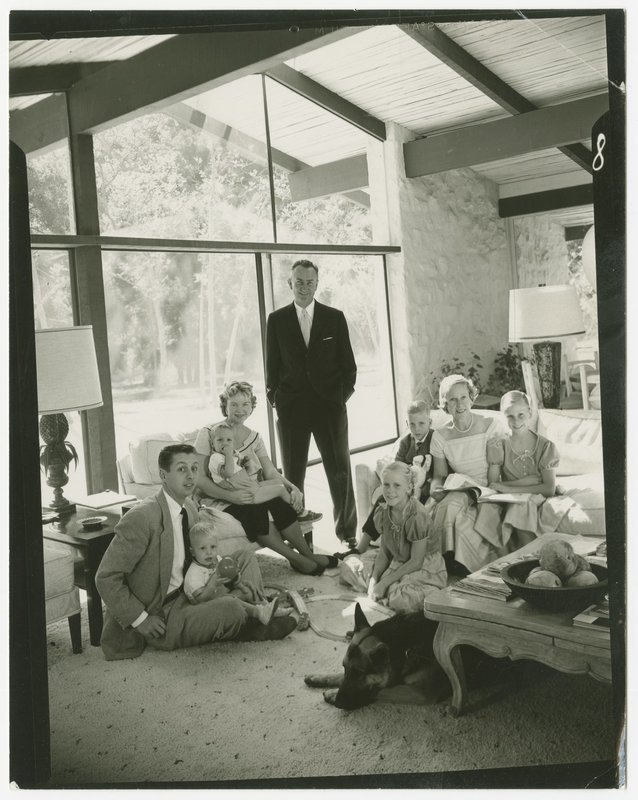 Clifford Magee May (1908–1989) was a performer before he was an architect/builder, and for him, a house was always both a home and a stage. May’s energy, intelligence, and enthusiasm allowed him to play many roles during his life: jazz band leader, daredevil pilot (and member of the Aviation Country Club of California) with his own plane; horseman and member of the Ranchos Visitadores (a private riding club in the Santa Ynez Valley); publicist; and author—as well as one of the most prolific builders and designers in California during half of the twentieth century. But the role he perfected was that of an “old Californian,” a man of the West, free and easy in his living, relaxed and without social pretension, enjoying his friends, his family, his horses, and his cars.

May came by his interest in ranch houses naturally: he and his many cousins spent summers living with their Aunt Jane, who held a life-time lease on part of the Las Flores Ranch, the largest parcel of the Santa Margarita y Las Flores Ranch in northern San Diego County. His heritage on his mother’s side extended back to Jose Antonio Estudillo, whose house became the legendary marriage place of Ramona, the fictional heroine of the novel of the same name. On that side of the family then, May lived intimately with the romance and realities of old-time California ranch life and during his career, tried to recreate the romance of California for others.