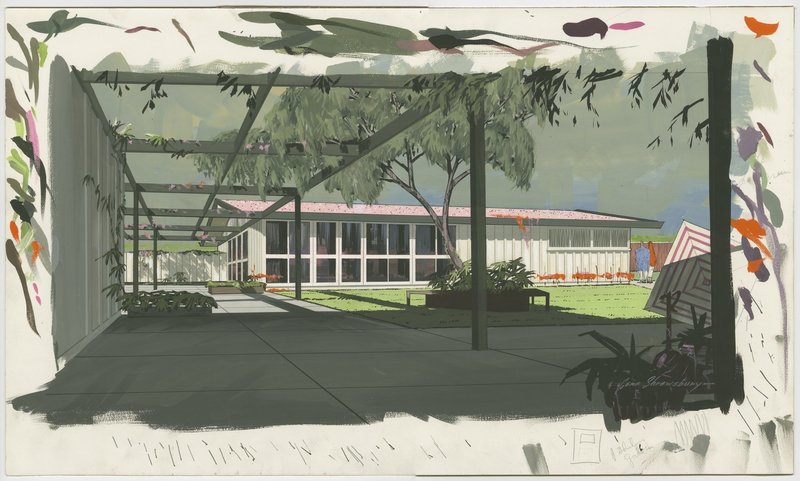 CLIFF MAY HOMES was born out of discussions between Cliff May and Christian E. Choate, an architect working in May’s office in the late 1940s and 1950s, and the opportunities presented by returning veterans, government incentives for homeownership, and a population boom in Southern California. By 1952 May and Choate’s Ranch House Supply Corporation had standardized a Cliff May Ranch House package of prefabrication panels for quick delivery and construction. The business of Cliff May Homes ended in 1958, partly because differing state building regulations clashed with the attempt to systematize prefabricated parts. Nonetheless, developers built an estimated 18,000 Cliff May Homes throughout the country, most of them in California. 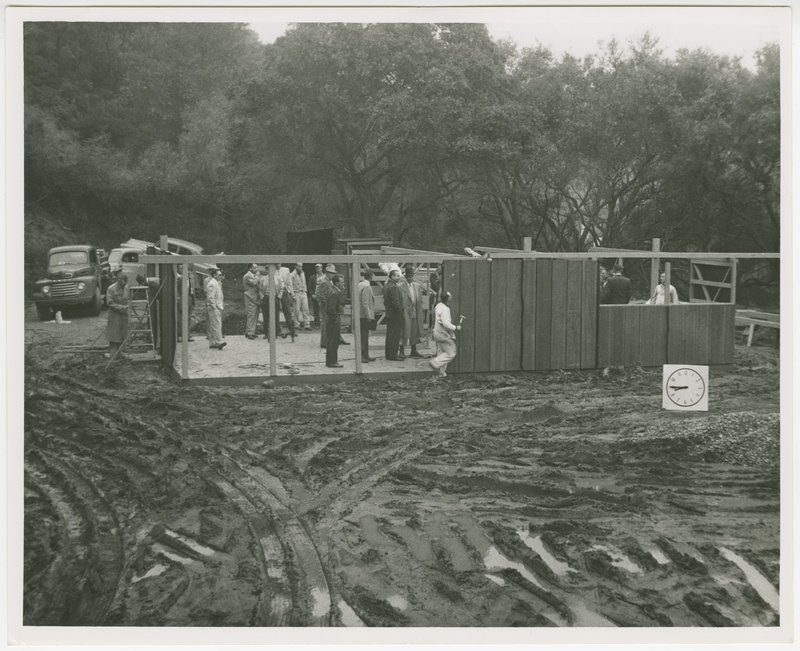 One of the first houses built by May and Choate using the prefabricated design, was the "Factory Model," which was built on a plot of land owned by May in Sullivan Canyon, close to his development of custom homes in Riviera Ranch. A slab foundation had previously been poured and set, then a team of ten skilled laborers assembled the two-bedroom house, utilizing both post and beam construction and prefabricated panels. By the end of the day, the skilled laborers had assembled the shell of a two-bedroom house using both post-and-beam construction and a system of pre-assembled panels

One of the developers invited to view the construction, Ross Cortese, immediately put in an order for 950 houses to be built in Lakewood Rancho Estates. By utilizing the Cliff May pre-assembled panel system, the houses were able to be constructed for around $10,000, about half the cost of a standard low-cost house, and with added custom detailing. 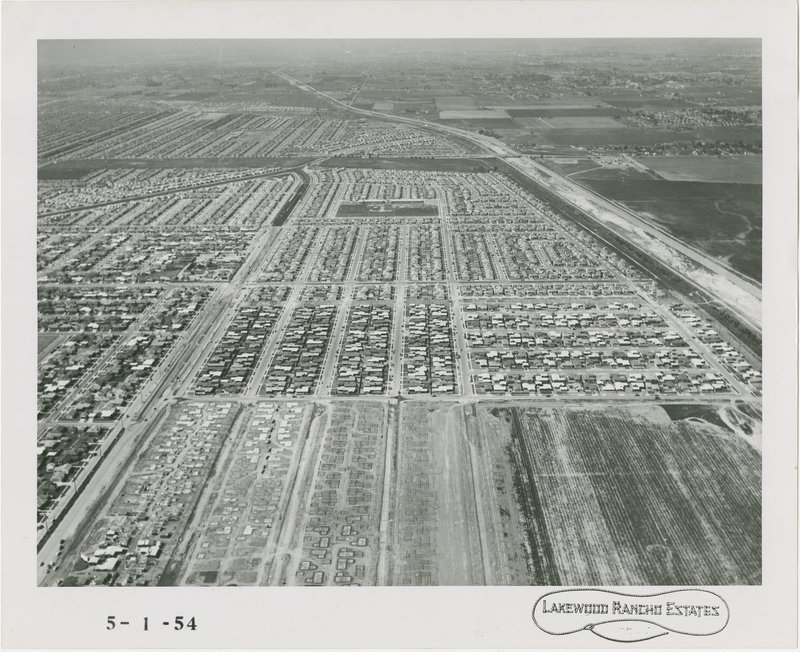 The Cliff May Homes by Cortese set themselves apart with such upscale additions like birch cabinets and a breakfast nook. There were 36 different versions of the Cliff May Homes ranch house, where different variations and orientations allowed for a modicum of individuality within the tract. 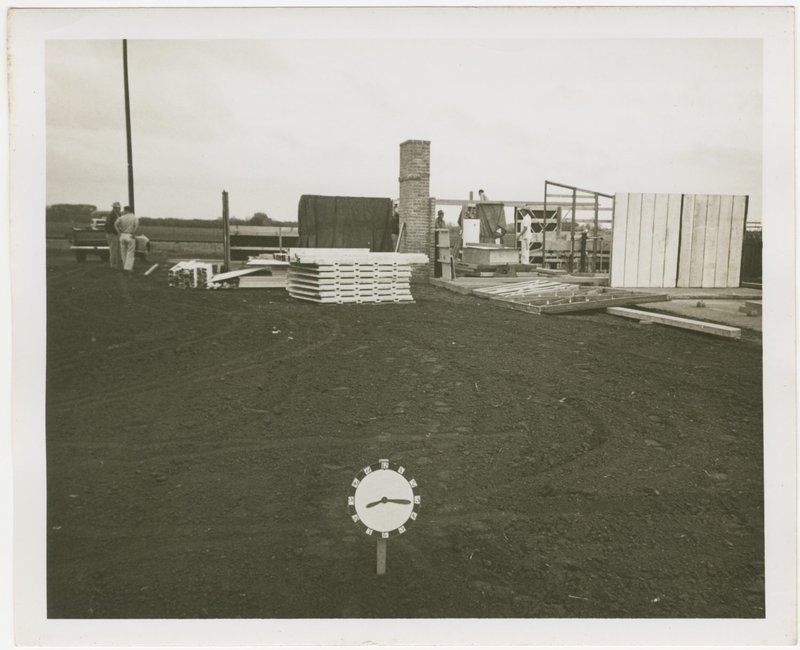 The mass-produced, pre-fabricated, pre-assembled panel system was streamlined into the "Quick Delivery System," which consisted of three different types of panels: solid wall panels, solid glass panels, and window panels. Each of the 5'4" by 6'8" panels were utilized along with a standard post and beam construction method to create the different plans for each house. The system worked so well that by 1954, only two skilled carpenters and two laborers were needed to construct the shell of a house within one day

By alternating which side of the house faced the street, as well as varying the amount and type of setbacks from the curb, and the addition of a garage or carport, the variations provided both privacy and individuality to the mass-produced tract houses.

There were hurdles, however. There were not enough dealers/distributors to answer the demand for prefabricated house packages, and the different building codes across the country made the stan- dardization of the prefabricated units inefficient. Cliff May resigned as President and Director of Ranch House Supply Corporation in November 1955. May and Choate continued to collect royalties on ranch house sales until 1961, although they had dissolved their partnership in 1957 when May signed over all copyrighted designs to Choate. Cliff May returned to Cliff May Associates and rededicated himself to designing custom houses.