Barton Myers was born in 1934 in Norfolk, Virginia. From 1952-1956 he attended the U.S. Naval Academy at Annapolis where he graduated with a Bachelor’s degree in Science. After serving as a pilot, stationed in the UK, Myers went back to school in architecture at the University of Pennsylvania and graduated in 1964. Afer school, Myers found work as a draftsman for his former teacher, Louis I. Kahn, in Philadelphia. Two years later, in 1968, Myers launched his architectural career in Toronto, Canada, in partnership with A. J. Diamond. A. J. Diamond and Barton Myers became known especially for projects that promoted urbanism that preserved the life and scale of neighborhoods. 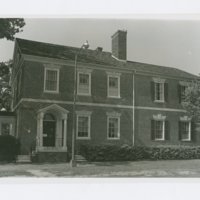 The Moses Myers House is a historic house museum in Norfolk, Virginia. Barton Myers' ancestors built the house in 1792 and maintained the house through the years. 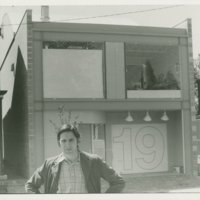 This portrait of Barton Myers was taken early in his career in Toronto, Canada outside the residence he designed for himself and his family. 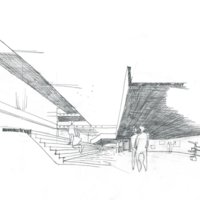 This interior drawing is one of Barton Myers' early student projects. Myers went to the University of Pennsylvania School of Architecture and studied under Louis Kahn. He graduated in 1964. 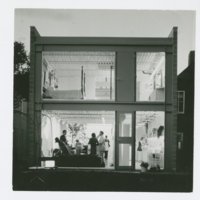 Barton Myers designed and built his first residence for himself at 19 Berryman in Toronto. At the time he was partners in the firm A.J. Diamond and Barton Myers Architects. The house was an infill project on a narrow vacant lot. Myers designed the… 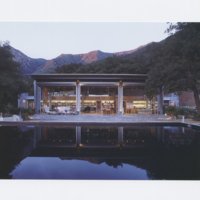 Myers personal home in the Toro Canyon area of Montecito, sits on 38 acres of canyon land which backs up to the Los Padres National Forest. The house was designed so that if a wildfire were to threaten the structure, the metal walls would provide… 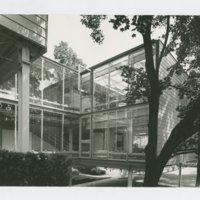 For this early house on a steeply sloping lot, Myers used pilings to raise the house and create space for a patio or eventual addition. 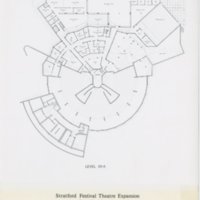 The alterations and addition to the theatre building faced the river and a public park, therefore the modifications were made with public access and views in mind. 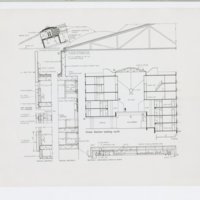 Myers designed the Housing University Building (HUB) at the University of Alberta, in Edmonton, Alberta, Canada. The HUB is a 957-foot-long galleria with retail shops, day care center, recreation facilities, and student housing on the upper floors of… 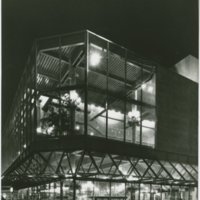 The Citadel Theatre complex was designed around a pedestrian mall, with the 700-seat proscenium theater, the 300-seat experimental theater, and the 250-seat cinema/lecture hall all having lobbies which opened onto the central pedestrian mall. 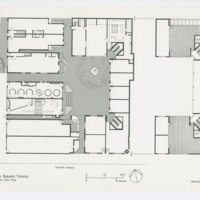 The York Square project, in the Yorkville Village neighborhood of Toronto, was an urban infill development which revitalized old commercial buildings in an established neighborhood into a new space for restaurants and cafes to coalesce around a new… 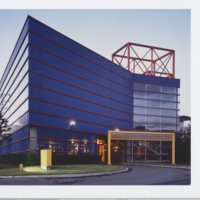 Don Watt was the founder of The Watt Group, a retail branding and design consultancy business. Myers designed the Studio building with an interior atrium which included trees. 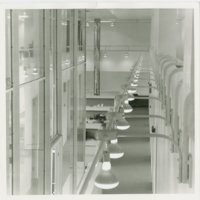 The building, at 240 St. George Street in Toronto, was designed to be the office space for the Ontario Medical Association. The building now houses the Consulate General of the People's Republic of China. 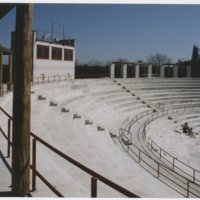 This 1500-seat theater is modeled on Greek and Roman theaters. It overlooks a ravine, which provides a natural backdrop to the stage performances.
The Earl Bales Outdoor Theater is now called the Barry Zukerman Amphitheater in Earl Bales Park. 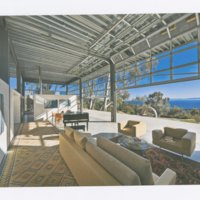 For the Bekins house in the Toro Canyon area of Montecito, Myers utilized the same type of steel construction he used in his own nearby house. Myers worked with landscape architects Arcadia Studios to preserve some of the landscape features… 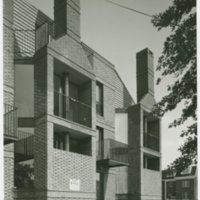 Ghent Square was a project for the Norfolk Redevelopment and Housing Authority. Myers designed townhomes for the northeast quadrant of the square-- the development was sited around a central green space. 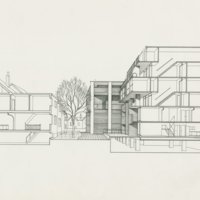 The Dundas-Shelbourne project was an infill housing scheme undertaken by the City of Toronto's Non-Profit Housing Corporation. Instead of tearing down existing housing stock to build high-rise towers, Myers and Diamond designed 5- to 7-story… 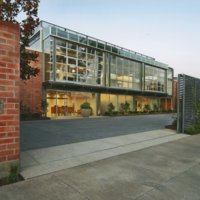 The Indian Paintbrush production company building is an example of adaptive re-use of a previously under-utilized brick building into modern office space. Myers designed a one-story office complex with a partial second-story, and a rooftop deck. 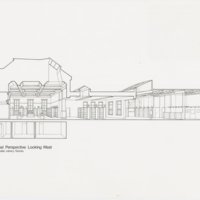 The Yorkville Branch Library in Toronto was originally designed in 1907 by architect Robert McCallum, the city architect, as part of a Carnegie library grant. Myers added on to the original Beaux Arts style building, with an addition to the back of… 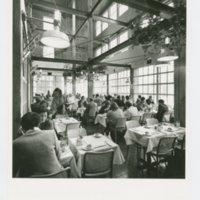 Myers designed an open and airy restaurant within the structure of an old warehouse building in downtown Toronto. 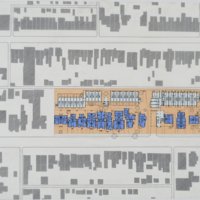 "Vacant Lottery" was a special issue of Design Quarterly magazine which was co-written by Barton Myers and George Baird in 1978. The graphics show the existing buildings in dark blue, new construction in light blue, outside space is orange, and other… 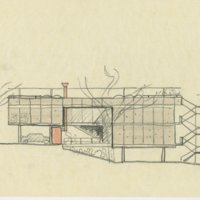 For this early house on a steeply sloping lot, Myers used pilings to raise the house and create space for a patio or eventual addition.
View all 21 items