John Elgin Woolf was trained as an architect at the Georgia Institute of Technology, and moved to Los Angeles in 1936, hoping to get into the movie business. He did not become an actor, but became acquainted with George Cukor, who introduced him to a wide range of celebrity clients for his design and architecture firm. The vast majority of buildings designed by Woolf were private residences, either additions, alterations, or entire houses. Hollywood Regency as an architectural style encompassed some aspects of French Normandie and English Regency styles, but with a decidedly theatrical flair in image-conscious Hollywood. With mansard roofs, oversize 'Pullman' doors, oval windows, Doric columns, and large swaths of color (both inside and out), Woolf's Hollywood Regency style stands out among the more traditional houses, and in sharp contrast to the newer mid-century modern. These residences were mostly located in Beverly Hills, along with a few in Montecito and country club commissions in Palm Desert. 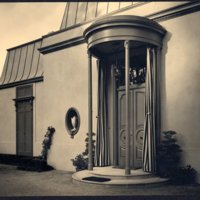 The house for Pendleton in Beverly Hills was one of the first and most complete realizations of Woolf's Hollywood Regency style. With the large front entrance door, mansard roof, and symmetrical oval windows flanking the front door, the residence… 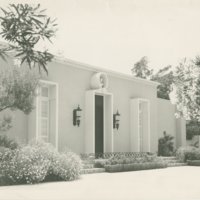 The Menefee house, near Santa Monica Boulevard, is another example of Woolf's signature front facade. With a tall entry door, large covered windows flanking either side, and a circular driveway, the alterations to the house are classic Hollywood… 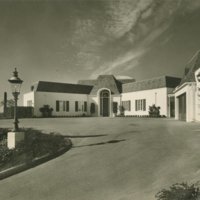 The Guasti residence, perched high in the hills of Montecito, was designed and built by Woolf. With sweeping views of the Santa Ynez mountains to the rear of the property, and views from downtown Santa Barbara out to the Channel Islands from the… 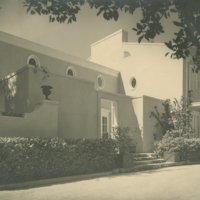 With a front entrance relatively close to the public street, the Hornburg house allowed Woolf to create a walled entrance area, with a large imposing front wall, private courtyard, and then a classic Hollywood Regency front door, with a symmetrical… 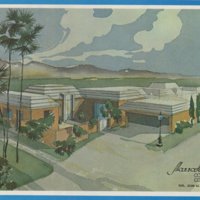 The community of Palm Desert was the desert retreat for many Hollywood celebrities, and the Marrakesh Country Club was one of many golf resorts that catered to that clientele. John Woolf was commissioned by John Dawson, an amateur golfer and real… 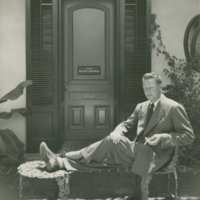 The personal office and studio of John Elgin Woolf on Melrose Place in Los Angeles, was a multi-building compound with an imposing entrance door, secluded courtyards, and light-filled rooms. The office allowed Woolf to bring his specific design… 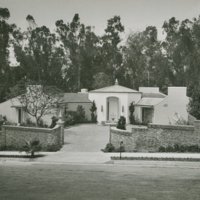 The house for James Vance on Hillcrest Road in Beverly Hills is considered another residence with significant Hollywood Regency style and attributes. With a tall brick privacy wall, leading to an oversize entry door, topped with an octagonal standing… 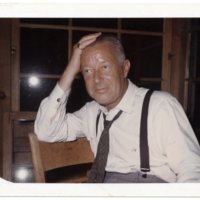 The Woolf archive contains quite a few portraits of John Elgin Woolf, including these color photos. 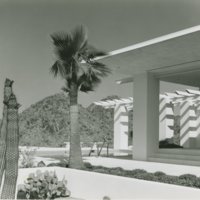 The L. Wayne Beal house in Scottsdale, Arizona highlights the stark contrast between the white house and the darker desert hills. The house is perched on the side of a hill, with a view of the valley. 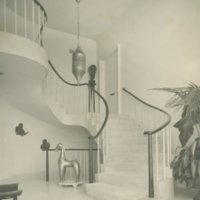 Lyricist Ira Gershwin commissioned Woolf to remodel the house on Roxbury Drive in Beverly Hills in the Hollywood Regency style. The house was torn down in 2013. 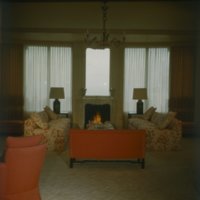 Winemakers Louis and Flori Petri commissioned Woolf to design a house in the Pacific Heights neighborhood of San Francisco. Woolf also designed an apartment in San Francisco, a house in Napa, and a condominium in Palm Springs for the couple. 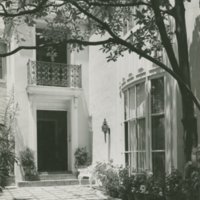 The design work on the Jack and Effie Potts home on Benedict Canyon Drive in Beverly Hills consisted of detail work in the living room, and exterior work to the house and front gate.
View all 12 items