Saint Mary of the Angels 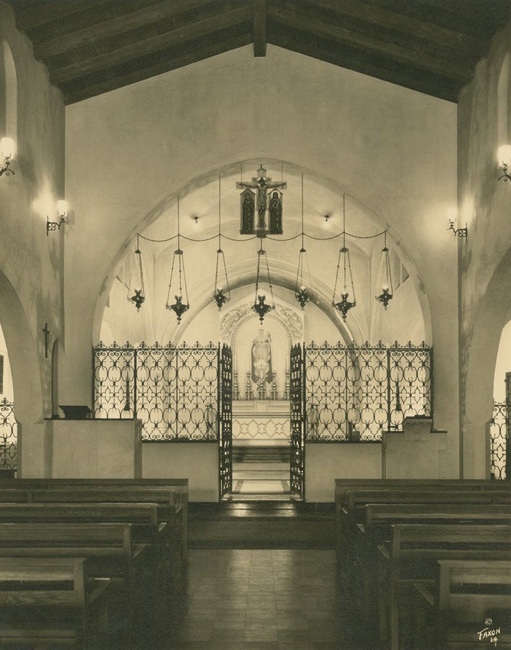 St. Mary of the Angels Church was founded in 1918 by The Reverend Neal Dodd, and primarily served actors. Among its regular attendees were Frank Capra, Charlie Chaplin, Errol Flynn, Clark Gable, and Loretta Young. It was one of several churches called "The Little Church around the Corner," after a rector in New York reportedly refused to hold funeral services for an actor and said, “I believe there is a little church around the corner where they do that sort of thing." Known as "the padre of Hollywood," Dodd appeared in over forty films including It Happened One Night and Mr. Smith Goes to Washington.

During it early years, the church occupied a former Woolworth’s storeroom. In 1929, the congregation funded a new facility, a Spanish Colonial Revival style building designed by Carleton Winslow, which featured a 400-seat auditorium which was often used for theatrical productions. Winslow who commissioned Lloyd to paint the church altarpiece, a project she completed in 1934. 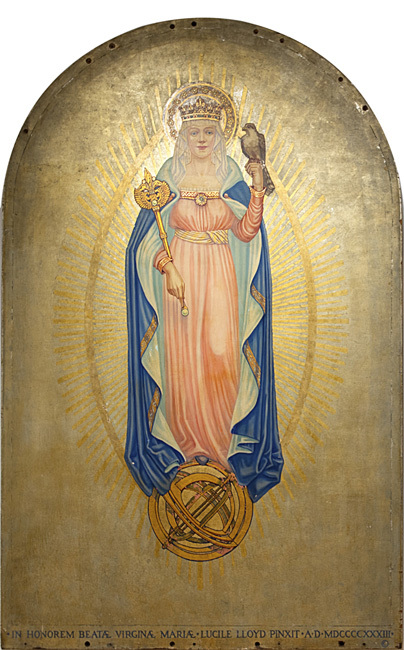 For the central figure of the altarpiece, Lloyd chose Saint Mary of the Angels, The church's namesake and patron saint of Los Angeles. She based her visual representation of the Queen of the Angels on a description of the Woman of the Apocalypse from Revelations XII:I: “And there appeared a great wonder in Heaven; a woman clothed with the sun, the moon under her feet, and upon her head a crown of twelve stars.”

It took Lloyd fourteen months to complete the altarpiece, which she dedicated to the memory of her first-born son who had died in infancy. The mural remained in the church until the 1970s when it was removed and replaced with a terracotta replica of a fifteenth-century annunciation altarpiece by Renaissance sculptor, Andrea Della Robbia. 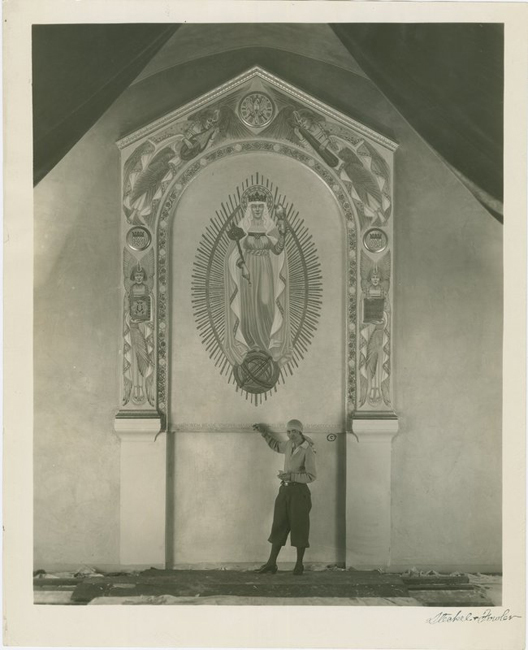 Lucille Lloyd with the altarpiece for St. Mary of the Angels Church, Los Angeles, Calif., 1934.

Another project Lloyd completed with architect Carleton Winslow is the First Baptist Church, Pasadena. The stenciled designs she created for the chapel are extant today, and the space is used for weddings and other private events. 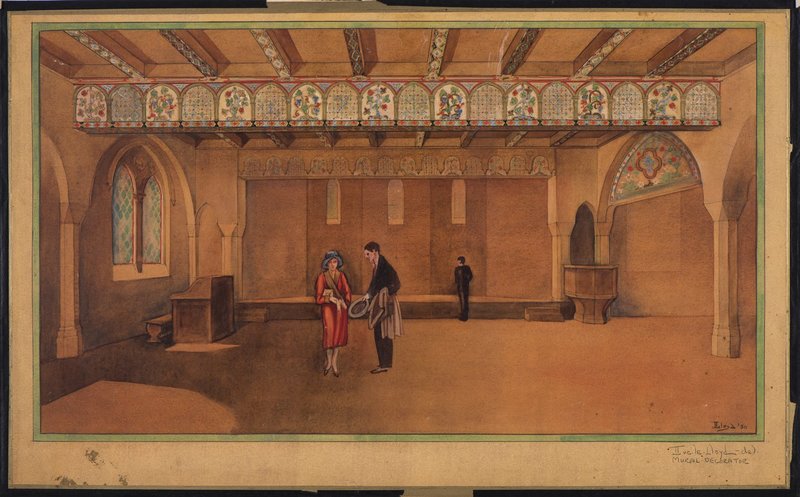