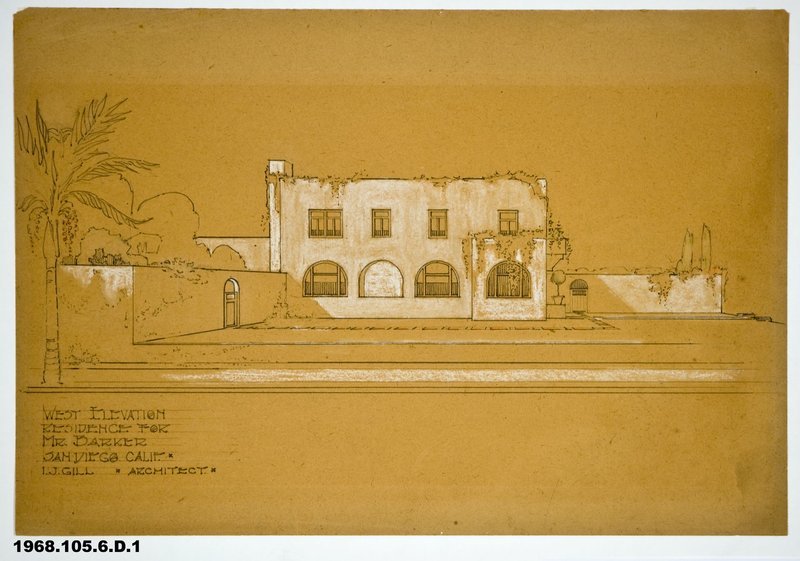 Irving J. Gill (1870-1936) is known for his refined and abstracted architectural vocabulary, which he described as “the straight line, the cube, the arch, and the circle.” His deceptively simple forms first began to appear in his California work in 1903; his most significant and mature designs date from 1907 through 1920.

This exhibition (on display at the Art, Design & Architecture Museum from September 2016 until December 2016), was the first major view of Gill’s work since Esther McCoy’s exhibit at the Los Angles County Museum of Art in 1958. It traces the roots of his architectural language to the social concerns of the Progressive era and the Arts and Crafts movement, and especially the influence of Chicago architect Louis Sullivan (1856-1924), whose passionate ideas about architecture were linked to a transcendental view of Nature, borrowed from the essays of Ralph Waldo Emerson (1803-1882) and the poetry of Walt Whitman (1819-1892).

Sullivan argued for a “new architecture in America” based on Nature and unaffected by the past or European trends. Gill carried Sullivan’s ideas with him to California when he left the Adler and Sullivan office in 1893, and by 1903 was developing his own simplified, distilled, formal vocabulary. He married his abstract forms-- based on the straight line, the cube, and the circle--to experiments in materials and construction that he hoped would fulfill the need for sanitary, fireproof homes and inexpensive ways to build for the poor and working class.

The exhibition in 2016 was curated by Jocelyn Gibbs, then-Curator of the Architecture and Design Collection, and now Curator Emeritus. 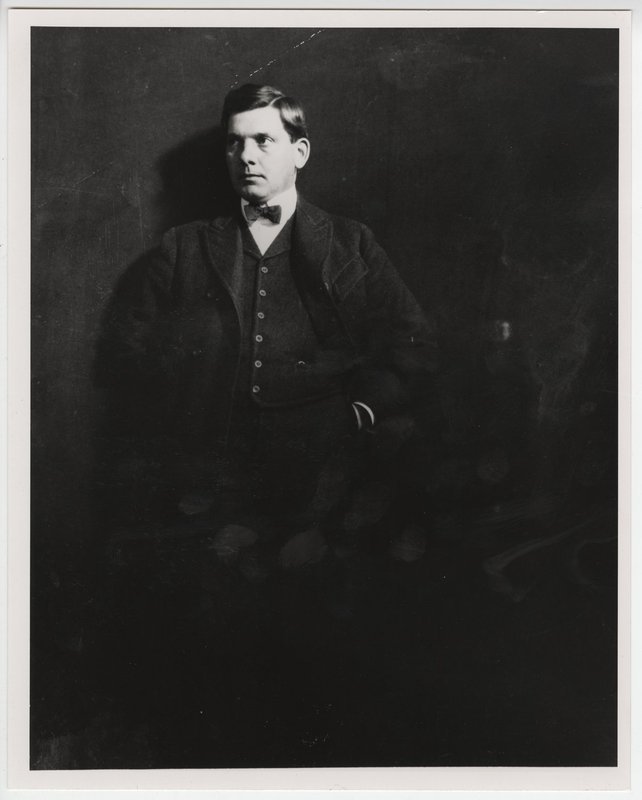 Gill’s intentions and accomplishment are best understood by looking at his work in the context of what he learned in Chicago and how he translated those lessons in Southern California. His teachers were Joseph Lyman Silsbee (1848-1913)—known for his Shingle Style houses in the northeast and for bringing the mature Shingle Style to Chicago—and Louis Sullivan (1856-1924), the spiritual father of the new architectural movement in the Mid-West, expressed in the “Chicago School” commercial towers and the residential buildings of the “Prairie School”

Gill moved to Chicago in 1890, after a brief apprenticeship with Ellis K. Hallin Syracuse, to work with Halln’s former partner, Joseph Lyman Silsbee. Gill left Silsbee in 1891 to join the office of Adler & Sullivan, where he worked under the supervision of Frank Lloyd Wright (1867-1959), who also had worked for Silsbee.

From Silsbee, Gill internalized the chief characteristics of the Shingle Style: interior spaces that extend into porches, strong geometric shapes, and a move toward continuity of surface. Sullivan’s lesson was “elimination and simplification” to create a “new architecture of democracy.” The Arts and Crafts movement, not a style but a set of ideals and attitudes, also informed the Shingle Style and Sullivan’s philosophy. 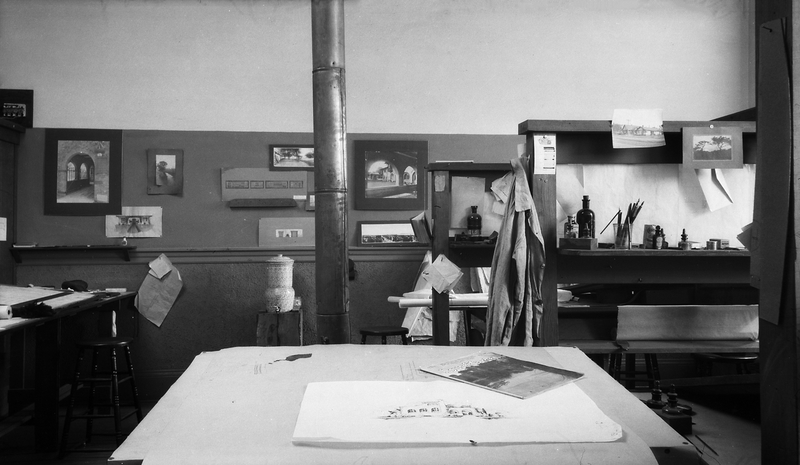 Gill moved to San Diego, a frontier town with a population of less than 18,000, in 1893, the year of a national depression. He worked alone; with an architect named Joseph Falkenham for two years; then in 1896 entered a long partnership with William Hebbard. Hebbard had studied architecture at Cornell and worked for a year in the Chicago firm of Burnham and Root (Daniel Burnham and John Root).

In San Diego Gill found a tree-less, arid, and largely undeveloped landscape. He also discovered the Mission of San Diego, which he studied closely. Its simplicity and authenticity reinforced Sullivan’s call for a new American architecture.