Professor Welter utilized the Architecture & Design Collection (ADC) extensively and many of the photographs and architectural renderings from the book are from the ADC.

Please contact the ADC for information about rights and reproductions: adc@museum.ucsb.edu 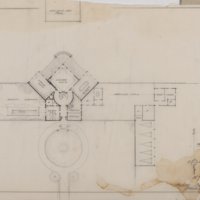 The drawings of the Von Romberg house were commissioned for Baron Maximilian Edmund Hugo Wilhelm Von Romberg and his wife Emily Hall Von Romberg. The floor plans show how the design for the house changed over time. 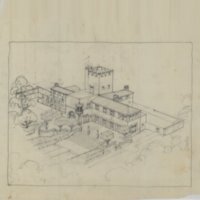 The renderings of the exterior, details, and sections of the Von Romberg house also show how the exterior changed as Riggs and Emily Von Romberg worked together to create a house that would suit all involved. 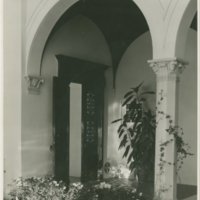 The three exterior photographs were taken by George Hurrell. 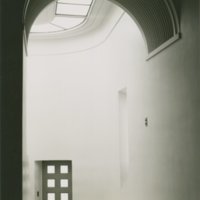 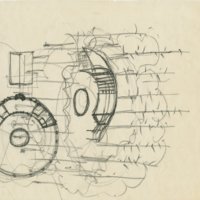 Burton and Emily Tremaine commissioned Riggs and Shaw to design a ranch house on the Tremaine family ranch near Winslow, Arizona. The circular shape was reminiscent of the nearby Meteor Crater Natural landmark. 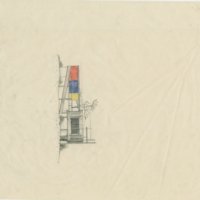 These are two designs for an un-built beach house in the Sandyland Cove beach community of Carpenteria, Calif. for Burton and Emily Tremaine. The designs by Riggs and Shaw are for two very different stylistic conceptions. 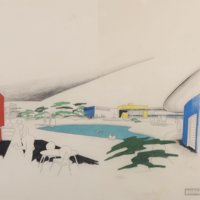 The Serena Beach Club was to be built on property adjacent to the Burton and Emily Tremaine house that was designed by Oscar Niemeyer. Neither project was realized. 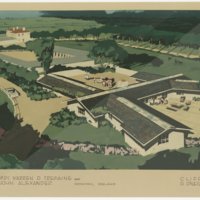 This ranch house was designed by California architect Cliff May, with a local architect from Ireland, Donal O'Neill Flanagan. The architects collaborated to design a house for Warren and Katherine Tremaine and their manager of the Loughtown stud farm… 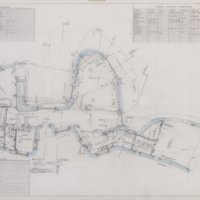 Katherine Tremaine commissioned Paul Soderburg to design a house for her after her divorce from Warren Tremaine. The house was built in the hills of Montecito in 1972, and extensively remodeled by Soderburg for Tremaine in 1977.
View all 9 items